Frito Lay has been a go-to when it comes to packet snacks. Learn how did they make it there with this neuromarketing research example!

Your customer is always more likely to have an intuitive, effortless, and “on-the-fly” reaction to your brand, long before engaging in product research.

It was in 2010 that researcher Leon Żurawicki proposed the predominance of subconscious drivers over conscious reasoning, when it comes to making purchase decisions. In other words, your customer is always more likely to have an intuitive, effortless, and “on-the-fly” reaction to your brand, long before engaging in product research.

Neuromarketing, as an effective customer engagement and persuasion technique, becomes more feasible when you consider that 95% of purchase decisions are controlled by our subconscious, according to Gerald Zaltman, Professor, Harvard Business School.

70% of customers who feel emotionally connected to a brand spend twice as much on purchases, and over 80% of this group will also recommend their preferred brands to friends and family; this is why it is essential to engage customers on an emotional and deeply personal level.

We have already witnessed classic examples of emotional branding. We’re going to study one such example in this blog.

Lay’s has been a go-to when it comes to packet snacks. How does it manage to lure its target audience apart from rewarding everyone’s taste buds?

Selling salty chips to guys isn’t all that difficult. As the classic Lay’s commercial noted, “You can’t eat just one!”

Give a guy a chip, and the entire bag is empty in minutes! For women, though, salty foods are the snack of choice just 14% of the time. They prefer sweet snacks (25%) and, amazingly, healthier items like fruits and vegetables (61%). Disturbed that women might prefer carrot sticks to potato chips, Frito Lay decided to get inside women’s heads.

Frito Lay began by hiring Juniper Park to look at how differences in women’s brains might affect their snacking decisions:

Ms. Nykoliation (president of Juniper Park) began by researching how women’s brains compared with men’s, so the firm could adjust the marketing accordingly.

Her research suggested that the communication center in women’s brains was more developed, which meant that women could process ads with more complexity and more pieces of information.

The idea of guilt proved to be significant when it seemed to be supported by women’s journal entries, another part of the project. The study found that many women carry a variety of guilt feelings around.

This realization led to a major packaging redesign – the new bags were designed to prevent triggering guilt reactions.

They did so by avoiding the look of traditional chip bags and instead of featuring pictures of healthy ingredients on a beige coloured matte finished bag.

The ads developed for the Baked Lays campaign were then further refined by testing at Neurofocus. They are a neuromarketing firm that uses EEGs and biometric data to measure brain activity and viewer response to advertisements.

Part of the strategy was to tone down the packaging and showing off healthy ingredients in the snacks.

“She wants a reminder that she’s eating something better for herself,” Mr. Jones said.

Baked Lay’s will no longer be in a shiny yellow bag, but in a matte beige bag that displays pictures of the ingredients like spices or ranch dressing.

The accompanying advertising campaign, “Only in a Woman’s World,” has already begun running teaser spots. The campaign features four cartoon women who are “fab, funny, fearlessly female,” as the Web site puts it, who talk about exercising, eating and other topics.

How Lay’s Smile Campaign was customized for each global market

Another neuromarketing example is the Lay’s Potato Chip “Operation Smile” bags campaign. It is brilliant! A product packaging rebrand that brings experiential marketing to a multi-layered level. Each potato chip flavour has its own redesign, with the very top of the bag portraying a different smile. After all, smiling is contagious.

They kicked off the ‘Smiles’ campaign for the second year in a row by featuring 31 selfies and their personal stories on the packaging of Lay’s potato chips.

Lay’s has laid its foundation quite strong by connecting with its customers on a neurological level. Stay connected with us to come up with your A-grade marketing strategies!

Moral of the story: Application of neuromarketing is the key to make your brand the best of your arena! Reach out to us now!

We will help you build a marketing plan with such a neuromarketing research example.

Neuromarketing is the process of researching the brain patterns of consumers. Learn all about neuromarketing, and it’s common myths. 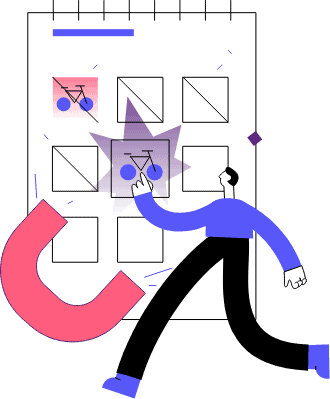